Despite economic headwinds, holiday season spending is expected to shatter previous records. The National Retail Federation (NRF) is predicting that retail sales during November and December 2022 will grow between 6% and 8% compared to 2021. That translates into consumer purchases that could top $960 billion, and easily outpace the $889.3 billion record-breaking tally of 2021, when sales grew 13.5% compared to the year before. 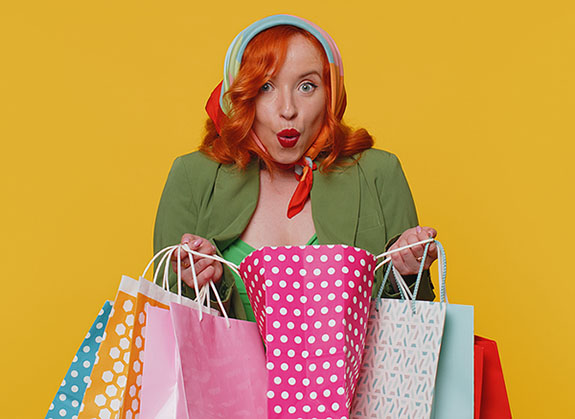 Historically, holiday retail sales have averaged an increase of 4.9% over the past 10 years.

“This holiday season cycle is anything but typical,” NRF Chief Economist Jack Kleinhenz said. “NRF’s holiday forecast takes a number of factors into consideration, but the overall outlook is generally positive as consumer fundamentals continue to support economic activity. Despite record levels of inflation, rising interest rates and low levels of confidence, consumers have been steadfast in their spending and remain in the driver’s seat.” 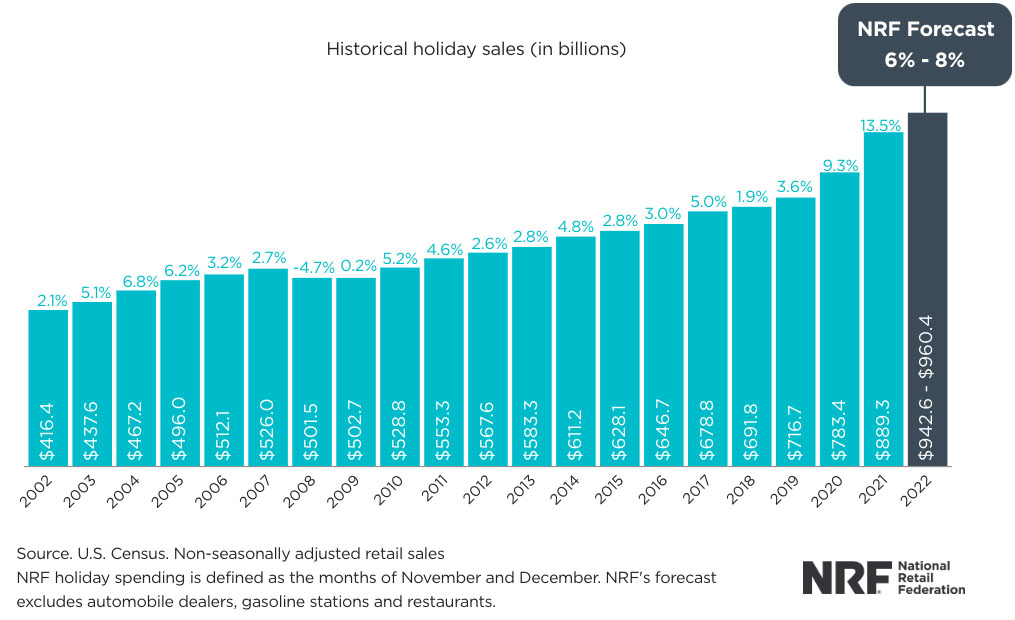 NRF noted that while ecommerce will remain important, households are expected to shift back to in-store shopping and a more traditional holiday shopping experience.

Online and other non-store sales are predicted to increase between 10% and 12% to between $262.8 billion and $267.6 billion. This figure is up from $238.9 billion in 2021, which saw extraordinary growth in digital channels as consumers turned to online shopping to meet their holiday needs during the pandemic.

“The holiday shopping season kicked off earlier this year – a growing trend in recent years – as shoppers are concerned about inflation and availability of products,” Kleinhenz said. “Retailers are responding to that demand, as we saw several major scheduled buying events in October. While this may result in some sales being pulled forward, we expect to see continued deals and promotions throughout the remaining months.”

Kleinhenz’ comments mirror NRF’s consumer data, which shows that consumers have been kicking off their holiday shopping early over the last decade in order to spread out their budgets and avoid the stress of holiday shopping.

NRF’s holiday forecast is in line with the organization’s full year forecast for retail sales, which predicted retail sales will grow between 6% and 8% to more than $4.86 trillion in 2022.