For more than 130 years, the sunken steamer known as the Ship of Gold, rested undisturbed in the Atlantic Ocean 7,200 feet beneath the surface, about 200 miles off the coast of South Carolina. 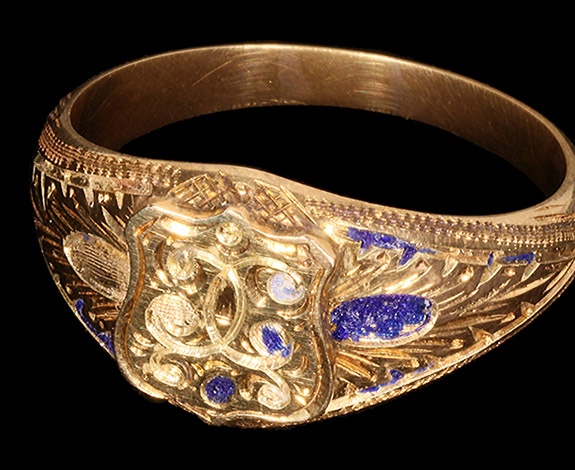 The side-wheeler, also known as the SS Central America, met its watery demise in 1857 when it got torn up by a hurricane while transporting precious cargo from Panama to Philadelphia via New York City. Onboard were 30,000 pounds of Gold Rush-era treasure and 578 passengers.

Only 153 people survived the disaster and all the cargo was lost. Headlines across the country declared the sinking of the 280-foot SS Central America as the country’s worst peacetime disaster at sea. The loss of the gold cargo was a major factor in the economically devastating financial Panic of 1857 in the United States.

The long-lost ship was back in the news in 1988 when an inventor named Tommy Thompson spearheaded a recovery operation, which involved sending down to the ocean floor a remotely operated vehicle named Nemo. Recovery from the shipwreck site occurred in several stages between 1988-1991 and again in 2014, according to Fred Holabird, president of Holabird Western Americana Collections. 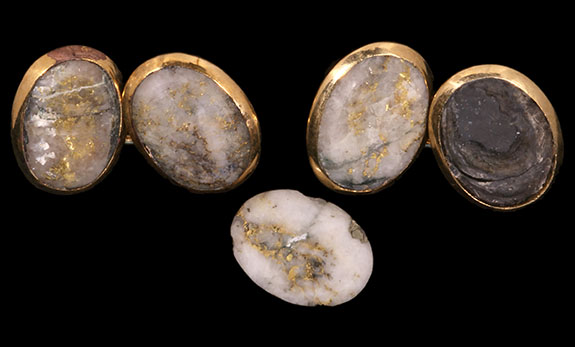 Artifacts from the site included dozens of 1850s gold rings, stickpins, cufflinks, a gold belt buckle, and several recovered pocket watch cases and covers. Some of the recovered rings have heart shapes waiting to be engraved with lovers’ initials once they reached their destination. California gold quartz items, such as cufflinks and brooches, were also found.

“Much of the gold jewelry was part of a commercial shipment, either carried by one of the jewelers on board or by a separate shipment transported on the voyage going to New York," explained Holabird. "Gold nugget stickpins were found still attached to their original thick paper boards, ready for resale on the New York or eastern seaboard jewelry market.”

On December 3, 2022, selected artifacts from the Ship of Gold will highlight a public auction at the Reno Convention Center in Nevada. Bidding will also take place online at www.HolabirdAmericana.com.

A second auction of hundreds of additional artifacts retrieved from the famous shipwreck will be offered in February 2023 (Exact dates to be announced).

“Many collectors have been waiting for these extraordinary items to come on the market since the legendary SS Central America was located in 1988 and Life magazine proclaimed it America’s greatest treasure ever found,” said Holabird.

According to a press release, insurance claims for the loss were paid in the 1850s, and the company that discovered and retrieved the treasure starting in 1988 settled with the insurers and their successors in 1992. With court approval, California Gold Marketing Group acquired clear title to all of that remaining treasure in 1999 as well as all the items recovered in 2014.