Hey, it's Halloween, so let's take a deep dive into the curious, otherworldly origins of black diamonds — the spookiest variety of the world's hardest material. 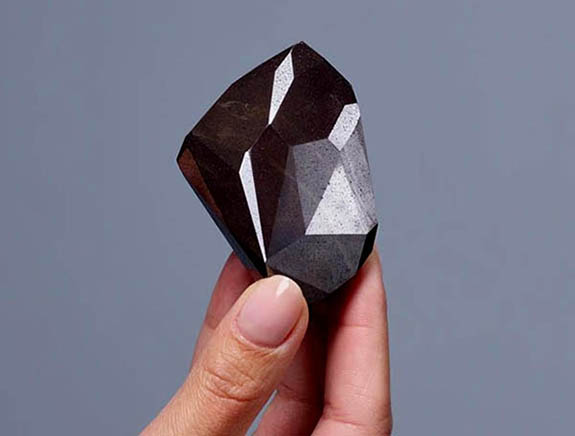 Black diamonds are also known as “carbonado diamonds,” and gemologists believe that they likely formed in outer space and were brought to earth by meteorites. Earth-formed diamonds often display a crystal structure, while carbonado diamonds — in their natural, unpolished form — have an irregular surface that resembles charcoal. 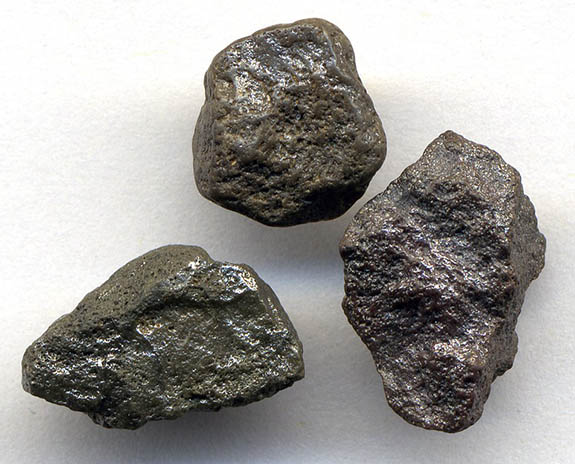 Black diamonds are also different than other colored diamonds because they do not get their color from trace amounts of nitrogen, hydrogen or boron in the gem’s chemical makeup. Instead, black diamonds owe their color to numerous dark inclusions (mostly graphite). Their opaqueness is caused by a “polycrystalline” structure that inhibits the reflection of light.

Black diamonds are also known to be "tougher" than conventional diamonds.

Leibish Polnauer, the founder of New York-based Leibish & Co. and world-renowned authority on fancy color diamonds, told us in 2020 that natural black diamonds are extremely difficult to cut and polish.

“Black diamonds are exceptionally hard,” he said. “They actually eat up the polishing wheels.”

A rough diamond is cut and shaped by placing it on a polishing wheel, where a large stone disc covered in a layer of solidified diamond powder rotates and sands down the diamond in short bursts.

Polnauer explained that diamond cutters use diamond powder on their polishing wheels, since the only material that can be used to mechanically cut a diamond is another diamond.

Even so, the diamond powder used on the wheels is often no match for black diamonds.

Polnauer said that black diamonds are heavily included and contain hard nodes that eat away at the polishing powder, forcing the cutters to replenish the powder more often than when polishing other types of diamonds.

Polnauer explained in a column titled “The 18 Most Asked Questions About Black Diamonds,” that natural black diamonds are somewhat different from most other diamonds in that they are entirely opaque.

“These stones are incredibly precious, absolutely beautiful and considered quite valuable,” he wrote. “Still, even with all the hype of black diamonds, these stones are more affordable than most other natural fancy colored diamonds.”

Carbonado diamonds are found in only two places on earth — Brazil and the Central African Republic. (During the Earth’s history, the eastern coast of Brazil may have been connected geographically to the western coast of Africa before breaking apart due to continental drift).

The polished diamond shown, above, is the 555.55-carat black carbonado diamond previously known as “The Enigma.” The 55-facet gem was renamed the Hex.com Diamond after Richard Heart, the founder of cryptocurrency company Hex, submitted the winning bid of $4.29 million at a Sotheby's online auction in February of 2022. The transaction was completed in cryptocurrency.

In 2006, The Enigma officially entered the Guinness Book of World Records as the “Largest Cut Fancy Black Diamond.”