The Perth Mint has just unveiled the "Great Southern Land" coin, a limited-edition 2-ounce pure gold collectible set with colorful, iridescent opal slices puzzled together in the shape of the Australian continent and illustrated with a menagerie of native species. 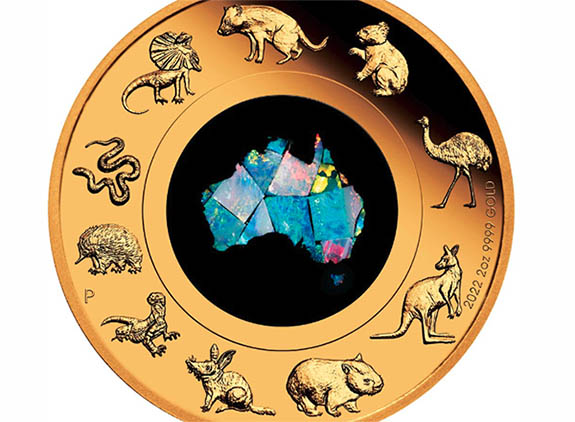 The Perth Mint frequently pays tribute to themes that are truly Australian. Opal is Australia’s national gemstone and about 90% to 95% of the world’s finest opals are mined in the harsh outback of Australia, where a unique combination of geological conditions permitted the formation of opal near the margins of an ancient inland sea.

Opals have been an important part of Australian culture since ancient times. Dating back 65,000 years, the Aboriginal "Dreamtime" stories describe how opal was created when the colors of the rainbow touched the earth.

The map-shaped opal insert is encircled by representations of iconic Australian animals, including the Tasmanian devil, koala, emu, kangaroo, wombat, bilby, monitor lizard, echidna, snake and frilled-neck lizard. Also included on the reverse is the coin’s "2oz" weight, "9999" fineness, "2022" year-date and "P" mintmark. The reverse of the coin was designed by Aleysha Howarth, a renowned artist specializing in wildlife. 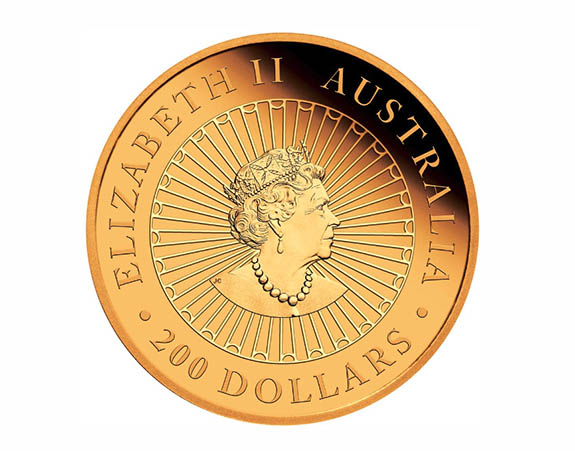 The obverse features the Jody Clark effigy of Her Majesty Queen Elizabeth II surrounded by a ray pattern, the "200 DOLLARS" monetary denomination, "AUSTRALIA" and the Queen’s name.

Limited to a mintage of 200 pieces, the new proof-quality coins are considered Australian legal tender. Measuring 36.6mm in diameter, the Great Southern Land coin is about twice the width of a US quarter. 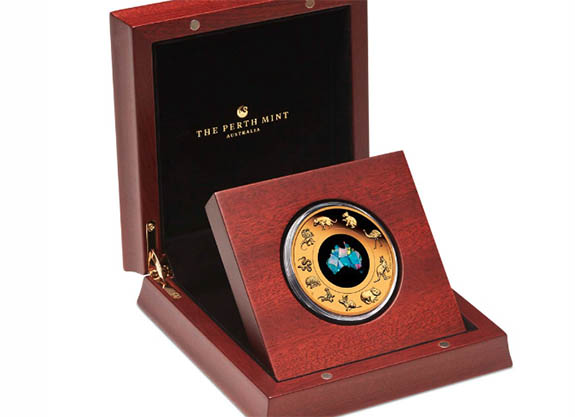 Each collectible coin is priced at AUD$7,998.99 and comes in a wooden display case along with a numbered certificate of authenticity. The Perth Mint's website is currently showing the status of the item as backordered.

Scientists believe that between 100 million and 97 million years ago, Australia’s vast inland sea, which was populated by marine dinosaurs, began retreating. As the sea regressed, a rare episode of acidic weather was taking place, exposing pyrite minerals and releasing sulphuric acid. As the surface of the basin dried further and cracked, silica-rich gel became trapped in the veins of the rock. Over time, the silica solidified to form opals.