On the Fourth of July, the venerable New York Times dedicated more than 1,000 words to a unique rough diamond crystal that's making its mark as a fashion-forward favorite of the tony elite. 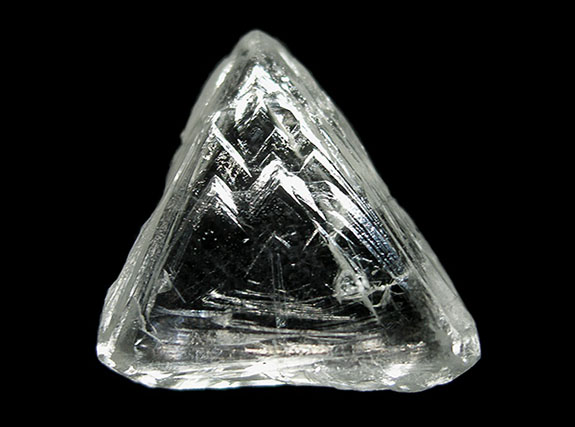 A "macle" is a twinned diamond crystal that presents as a flat triangle instead of the more dimensional octahedron. The crystal looks like it's been naturally cut so designers will often set the diamond macle in its raw state.

“They are for an inherently sophisticated customer,” Sally Morrison, director of public relations for natural diamonds in the De Beers Group, told freelance journalist Kathleen Beckett, writing for The Times. “It’s a quiet, understated luxury. People may not know what they are, but you know it.”

Although the use of macles is a relatively new phenomenon in today's fashion circles, these twinned diamond crystals have been part of the jewelry landscape for thousands of years.

“They were probably first used in jewelry in India about 2,500 years ago when diamonds were first discovered in Golconda,” Andrew Coxon, president of the London-based De Beers Institute of Diamonds, told Beckett.

Morrison said that she is seeing more designs using rough diamonds in their natural state — a trend identified in a recent article at brides.com.

"Raw diamond rings are a stunning option, especially if you’re completely uninterested in a blingy, cookie-cutter ring," noted fashion writer Laura Lajiness Kaupke. "While raw diamonds don’t twinkle in the traditional sense, many have a more subdued shimmer that catches the light at various angles of the stone's uneven surface — the ultimate effect for low-key brides craving a one-of-a-kind diamond."

Gemologists explain that "macle twinning" is more common in spinels, but very rarely seen in other gem species. That's why diamond macles, especially in large sizes are very rare. The specimen shown, above, was sourced in South Africa and weighs 9.94 carats.

Because they lack depth, macles present an ongoing challenge to diamond cutters. So when they are not left in their natural state, macles will generally end up as a pear, triangle or heart-shaped finished stone.