Oregon Sunstones are truly unique because they contain tiny flecks of copper that give the stones a reddish-to-golden metallic sheen called "schiller." Sunstones exist in other parts of the world but, oddly, only the ones from Oregon contain copper. 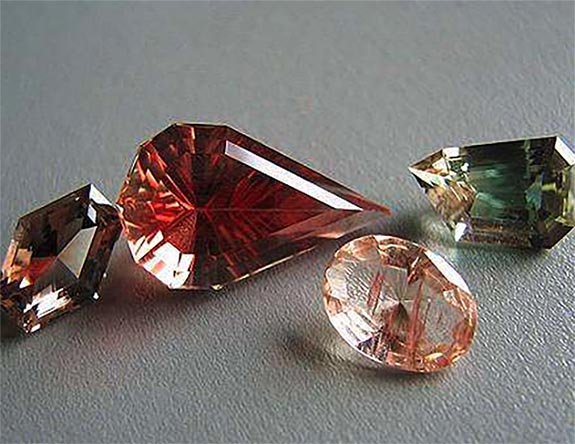 In 2016, the volcanologist, geochemist and igneous petrologist stumbled upon Oregon's Ponderosa Mine, one of the world's primary sources of Oregon Sunstones.

At first, she was thrilled like a kid in a candy store. 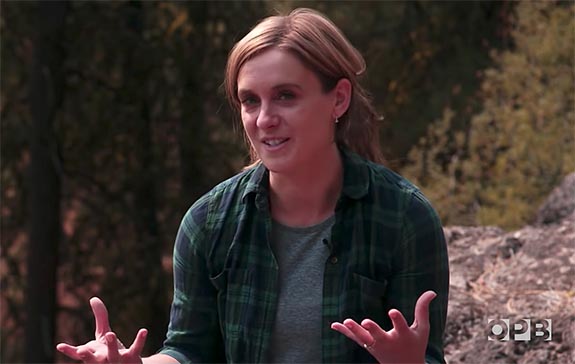 “I saw these sunstones and was like ‘This is so cool!'" she said.

But then, as she did more research, she was shocked to learn that the scientific community really didn't know how the gems formed, even at the most basic level.

She wondered: If the gems get their schiller from inclusions of copper, did the copper enter the crystal when it was forming or at some later time?

Cahoon dated the lava flows of the flood basalt where Oregon Sunstones are found. Surprisingly, the gems embedded in the lava turned out to be younger than the lava itself — and that really didn't make sense.

She's also trying to noodle out the connection between copper and sunstone, which is a shimmery variety of labradorite that is found very specifically in the state's Columbia River Flood Basalts.

"Copper shouldn't want to go into labradorite," she said. "There's so much to learn still."

As a research associate at Oregon State University, Cahoon is working to understand how sunstones fit into the volcanic history of Oregon and the Columbia River basalts.

"But, also, just being basically on the cutting edge of how a gemstone forms is incredible and just a lot of fun," she told OPB.

Oregon Sunstone is a member of the feldspar family, a mineral that makes up more than half of the Earth’s crust. Oregon Sunstones are found in a wide range in hues, from yellow and green to red and pink. They also can be colorless or multicolored. 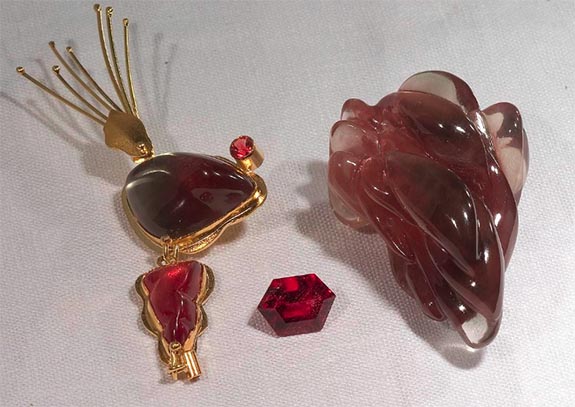 Here are some Oregon Sunstone specimens from the Smithsonian's National Gem Collection. The pendant at the far right was designed and carved by Nancy Chan and Greg Fraser. The center sunstone, “Spitfire,” weighs 4.53 carats and was faceted by Paul Paulson. The sunstones at the far left, “Eternal Flight,” weigh 174 carats and were carved by Bobbie Lorett.

Please check out the OPB video below…