More than 50 gem dealers from the four corners of the Earth are participating in the first-ever global auction of Australian sapphires. On Monday, mining company FURA Gems began unveiling 900,000 carats of natural sapphires in a wide range of colors, including blue, teal, yellow, green and "parti," a unique and popular multi-hued variety. The event is taking place through November 23 in Bangkok. 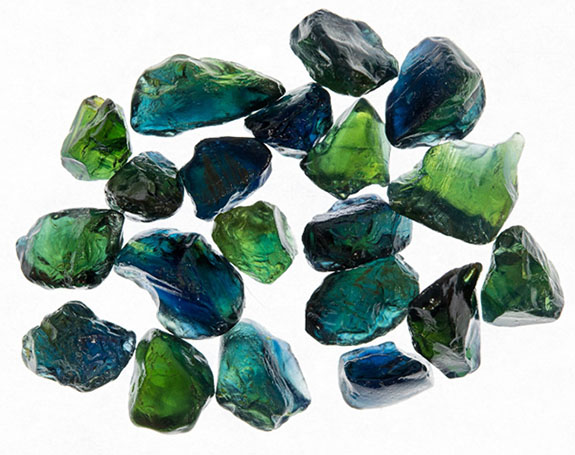 "Discovered in Queensland a century and a half ago, sapphires have since been unearthed by Australian miners in a rainbow of colors that buyers around the world rarely get to see," said Dev Shetty, Founder & CEO, FURA Gems. "Exploring the enormous range of Australian sapphires has been a journey of discovery for FURA Gems.”

By establishing this global auction, FURA Gems is setting into motion an organized way to present and distribute Australian sapphires to the marketplace.

“The auction in Bangkok will be historic as the market will get a first look at our graded, unheated and versatile range of colored sapphires. It presents a unique opportunity for the industry to explore different colors in sapphires on one single platform,” said Shetty.

FURA's global sapphire production was 5.5 million carats in 2021 and the company is looking to boost production to 10 million carats in 2022. The company owns 20 square kilometers of mining area in Australia, and claims to be the largest supplier of sapphires in the world. It had recently acquired two Queensland-based mining operations — Capricorn Sapphire in 2019 and Great Northern Mining in 2020.

With its new claims in Central Queensland, FURA is hoping to bring back the glory days of Australia's sapphire mining industry. In the late 20th century, Australia accounted for more than 90% of global sapphire production, according to FURA.

The mining company is collaborating with the Gemological Institute of America to establish "mine of origin" reports for the sapphires produced by FURA. The company also has established a proprietary color-grading initiative that will help buyers determine the quality and value of the precious stones.

FURA noted that the "pièce de résistance" of all its colorful selections is the parti sapphire in both bi-color and tri-color combinations. These polychrome sapphires display the complementary colors of either blue, green or yellow in a single stone.

In addition to its sapphire operations in Australia, the UAE-based FURA Gems owns ruby mines in Mozambique and emerald mines in Colombia.