Weighing in at 277.9 carats, this yellow-orange citrine from the Smithsonian's National Gem Collection is a head-turning, sun-kissed example of November's alternative birthstone. 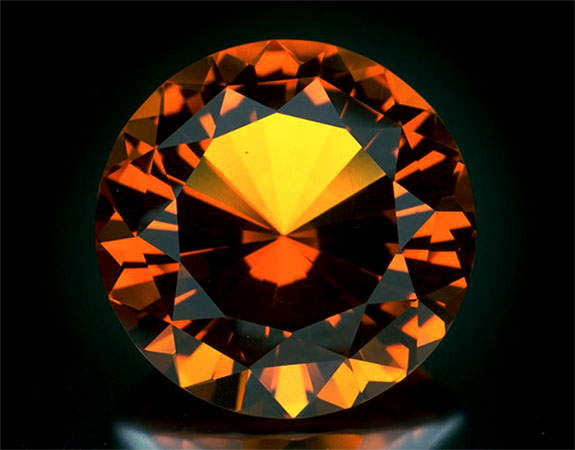 Sourced in Brazil, the round modified brilliant-cut citrine seen here is currently displayed in the Janet Annenberg Hooker Hall of Geology, Gems and Minerals at the National Museum of Natural History in Washington, DC.

Citrine gets its name from "citron," the French word for lemon, and can range in color from the warm hues of golden champagne to the deep oranges of Madeira wine. Most gem-quality citrine is mined from Brazil, but other important sources include Spain, Bolivia, France, Russia, Madagascar and the U.S. (Colorado, North Carolina and California).

Citrine is the golden-yellow-to-orange variety of quartz and gets its color from trace amounts of iron in the gem’s chemical makeup. Quartz, which is composed of silicon and oxygen, is colorless in its pure state. The Greeks referred to the material as “krystallos,” or “ice.”

But when trace amounts of impurities invade its chemical structure, nature yields a wide range of vivid hues. Citrine, for example, is a near-cousin chemically to February’s purple birthstone, the amethyst. 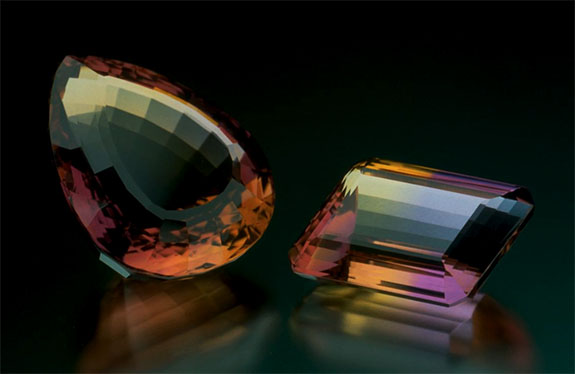 In fact, some quartz specimens display a fascinating transition from yellow to purple and nature's mashup is aptly called ametrine. The gems in the photo, above, were sourced in Bolivia and weigh 55.68 and 24.15 carats, respectively.

National Museum of Natural History is the most-visited natural history museum in the world and the National Gem Collection consists of approximately 350,000 mineral specimens and 10,000 gems.

Citrine is a relative newcomer to the official birthstone list. The National Association of Jewelers added it in 1952 as an alternative to topaz.