A novice treasure hunter using his metal detector for the first time recently stumbled upon one of the largest, richest and most beautiful hoards of gold artifacts in Danish history. 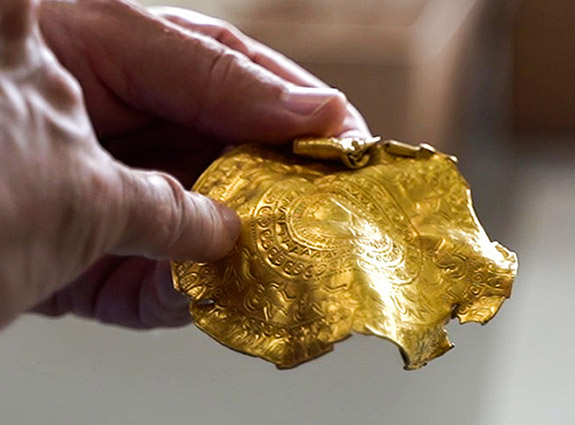 Ole Ginnerup Schytz was looking for a place to try out his new metal detector, so he asked an old classmate if he could explore his property in Vindelev. Within a few hours, Schytz had literally struck gold — although he initially believed the crunched up, muddied metal he pulled from the ground was "the lid on a can of sour herring."

The lucky metal detectorist continued to strike gold at the site, netting 22 pieces dating back 1,500 years to pre-Viking times. The hoard weighed a total of 1 kilogram (2.2 pounds).

The site was subsequently excavated by archaeologists from Vejlemuseerne, in collaboration with experts from the Danish National Museum. The project was funded by Denmark's Agency for Culture and Palaces.

Archaeologists determined that the treasure was buried in a longhouse that was likely owned by an Iron Age chieftain.

"Only a member of the absolute cream of society would have been able to collect a treasure like the one found here," explained Mads Ravn, Head of Research at Vejlemuseerne.

The Vindelev Hoard consists of saucer-sized, beautifully decorated medallions, also known as bracteates. The recovery also included Roman coins that had been made into jewelry.

The burial of the gold may have been connected to a climate disaster that struck in the year 536 AD. Ash clouds from a large volcanic eruption resulted in many years of crop failure and famine. 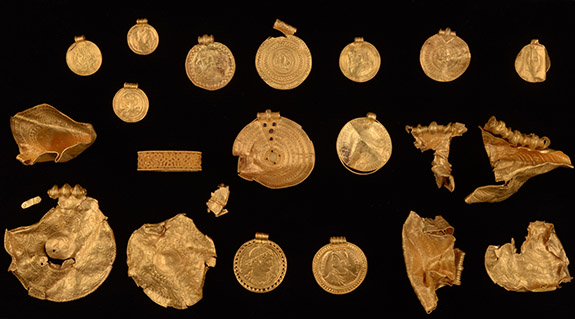 According to many researchers, the catastrophe of 536 AD caused the inhabitants of what is now Denmark to reject the old rulers and bury lots of gold during this period — perhaps to to save it from enemies, or possibly to appease the gods.

In less than four months, the Vindelev Hoard will be presented to the public as part of Vejlemuseerne's large Viking exhibition, which opens on February 3, 2022.