Has There Ever Been Life on Mars? 'Rochette' Core Sample Could Hold the Answer

A core sample extracted on Monday from a flat, briefcase-size Mars rock nicknamed “Rochette” could hold the answer to the ever-vexing question of whether there has ever been life on the Red Planet. 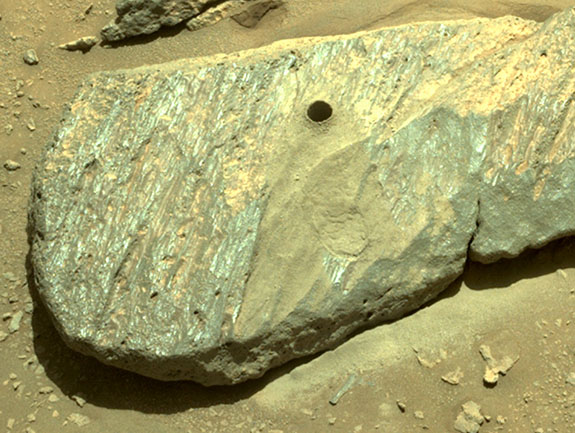 In February, the unmanned Perseverance rover completed its seven-month, 293 million-mile journey to Mars and landed safely in the Jezero crater, which contains fields of opaline silica, better known as opal.

NASA scientists purposely targeted the Jezero crater because it was a rich source of a mineral that was likely to preserve microbial or plant material. 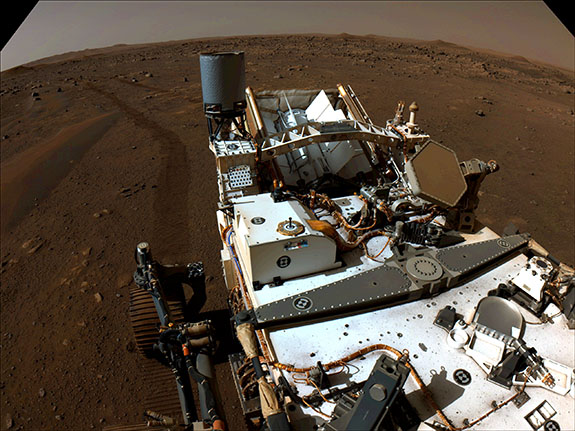 On Monday, NASA’s engineers celebrated as the Perseverance rover collected the first sample of Martian rock. The core sample — just slightly thicker than a pencil — was enclosed in an airtight titanium sample tube, making it available for retrieval in the future.

“With over 3,000 parts, the Sampling and Caching System is the most complex mechanism ever sent into space,” said Larry D. James, interim director of NASA's Jet Propulsion Laboratory (JPL).

Through the Mars Sample Return campaign, NASA and ESA (European Space Agency) are planning a series of future missions to return the rover’s sample tubes to Earth for closer study. These samples would be the first set of scientifically identified and selected materials returned to our planet from another.

"Using the most sophisticated science instruments on Earth, we expect jaw-dropping discoveries across a broad set of science areas, including exploration into the question of whether life once existed on Mars,” commented Thomas Zurbuchen, associate administrator for science at NASA Headquarters in Washington, DC.

According to NASA, the now dry and dusty 28-mile-wide Jezero crater shows unmistakable signs of having been filled with water billions of years ago. As part of its two-year mission, Perseverance has begun exploring an ancient river delta that once flowed into the basin. Jezero means “lake” in many Slavic languages.