Dogo, a police dog with the Keweenaw County Sheriff’s Office, recently showed off his amazing olfactory skills by sniffing out an engagement ring that was lost at a Michigan beach on the shore of Lake Superior. 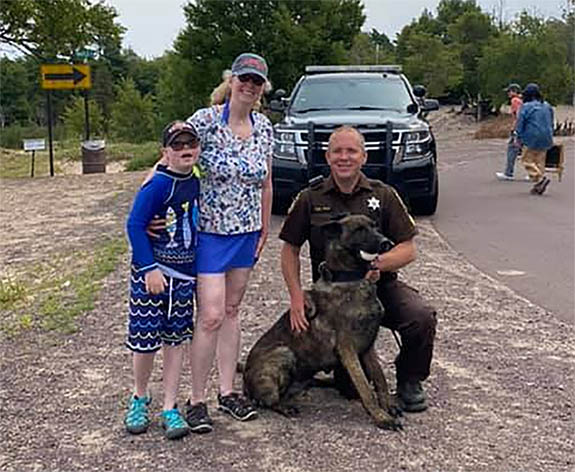 The five-year-old Dutch shepherd is trained to locate hidden drugs and weapons, but is also skilled at detecting human scent on small objects.

So, when Sgt. Brad Pelli learned that Elsa Green had lost her bridal jewelry at the beach in Eagle River, he had a hunch that Dogo could use his nose to save the day. 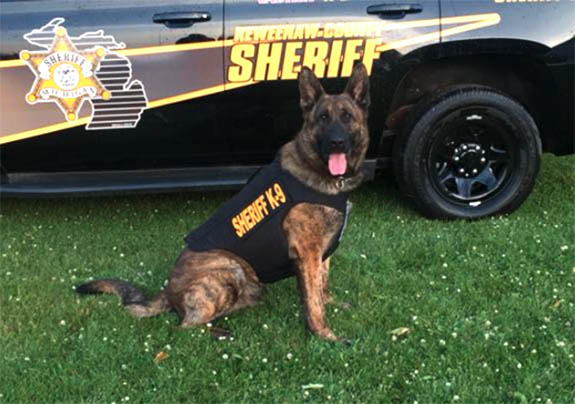 Dogs possess up to 300 million olfactory receptors in their noses, compared to about six million in humans. This gives dogs an ability to detect a teaspoon of sugar in a million gallons of water, or a single rotten apple in two million barrels. Their keen sense of smell can even detect human disease, such as cancer, diabetes and tuberculosis.

Of course, Green wouldn't have needed Dogo's assistance if an ugly black beetle hadn't crawled across a baseball cap that she had set upon the sand. Green flung the cap, hoping to scare off the beetle. What she didn't remember at the time was that she had placed her cherished engagement ring and wedding band in the cap while she was applying sunscreen. The rings went flying and disappeared into the sand.

Green and her friends searched the area and came up empty. They even solicited the help of a beachgoer with a metal detector. He also failed to find the rings.

“I’d been wearing those rings every day for 17 years,” Green told the Washington Post. “But at that moment, I figured they were gone.”

With no cell phone coverage at the beach, Green asked her friend to seek help from the sheriff’s office about a half mile away.

Sgt. Pelli initially told the friend that there was not much he could do. The department didn't have a metal detector.

“But then after she left, I thought, ‘Why not take the dog down to the beach?’" Pelli said.

A few minutes later, the officer and his K-9 partner arrived at the beach ready to do to some searching.

Pelli told Green and her group to wait in the parking area so Dogo wouldn't be distracted by their scents.

Pelli gave Dogo a "search" command, and within a few minutes the talented K-9 laid his body on the sand, signaling that he had found something.

“I got down on my knees to brush away the sand and saw something glimmering,” Pelli told the Washington Post.

It was Green's platinum engagement ring.

Pelli reunited Green with her engagement ring, but soon learned that the wedding band was still missing. Pelli didn't need Dogo's help for the second search. The wedding band was in the same area, just an inch beneath the surface.

“My son and I both gave the dog a huge hug,” Green said.

She also posted a glowing “thank you” on her Facebook page.

“K9 Dogo, you will forever be my hero!” she wrote. "I started my beach day at Eagle River by losing my wedding rings in the sand… Dogo put his training and skills to use and sure enough he found my rings! Dogo, I’ll be bringing you ice cream to say thank you!"

The Keweenaw County Sheriff's Office's Facebook page featured a photo of Green, her son, the sergeant and his K-9 buddy, along with this caption: "This is what we call going above and beyond. Great job Sgt. Pelli and K9 Dogo!"