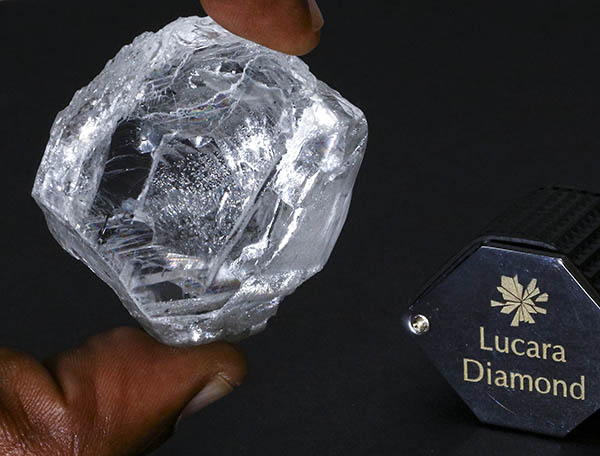 On July 29, Lucara announced the recovery of a 393.5-carat Type IIa gem-quality white diamond from its Karowe Diamond Mine in Botswana. 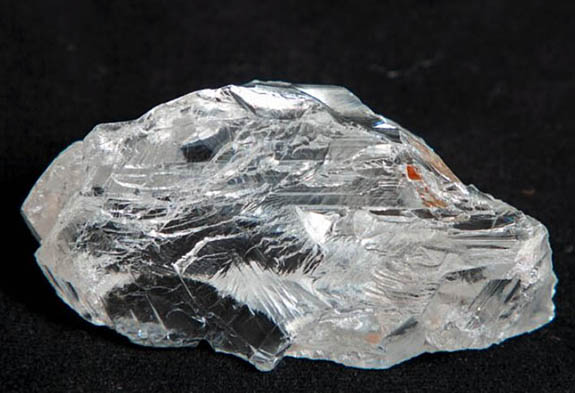 Both mines have been in the news lately because of a string of impressive diamonds coming from each location.

In late June, we reported on Lucara’s discovery of a 1,174-carat rough diamond — the third-largest in history and the fourth diamond from Botswana to tip the scales at more than 1,000 carats.

The mining company noted that the stone was actually the largest fragment from a much larger rough diamond that failed to survive the sorting process. Several other similar-color fragments from the main stone weighed 471 carats, 218 carats and 159 carats, for a grand total of 2,022.

Lucara reported that its 393-carat gem is the seventh diamond greater than 300 carats to be recovered at Karowe this year.

Meanwhile, 745 km (462 mi) away at the Cullinan mine, Petra Diamonds was also riding a wave of good fortune. In early June, the mining company unearthed an exceptional 39.34-carat blue diamond that yielded more than $1 million per carat via a special tender on July 12.

The 119-year-old Cullinan Mine (originally known as the Premier Mine) is credited with producing seven of the world’s largest 50 rough diamonds based on carat weight. These include the 507-carat Cullinan Heritage, 599-carat Centenary, 755-carat Golden Jubilee and the largest rough diamond ever discover — the 3,106-carat Cullinan Diamond.

Petra noted that the newly discovered 342.92-carat gem is likely to be sold via the company’s tender in September.

The diamonds revealed by the two mining companies last week are both Type IIa stones, which means they are colorless and chemically pure with no traces of nitrogen or boron impurities.