Welcome to Music Friday when we bring you spectacular songs with jewelry, gemstones or precious metals in the lyrics or title. Today, we feature the silky, soaring vocals of Grammy-award-winning Helen Folasade Adu, better known as Sade. In the original version of her 1984 hit, “Smooth Operator,” she employs all three Music Friday qualifiers to tell the story of a globetrotting playboy. 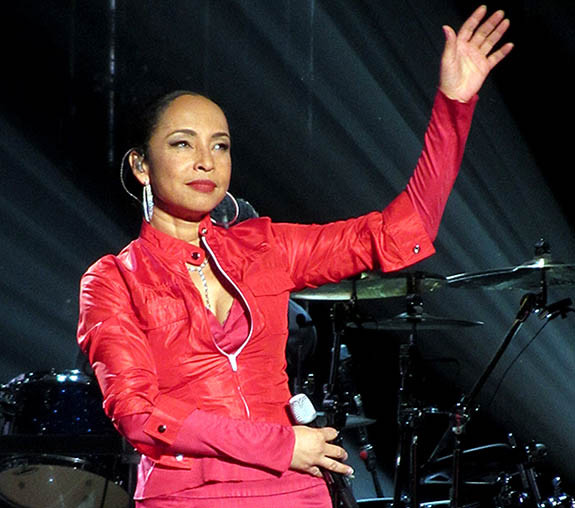 The original, longer version of the song features a spoken-word intro that includes the phrase, “Jewel box life, diamond nights and ruby lights.” Because the song ran about five minutes, many radio DJs chose to use the abbreviated version (about a minute shorter) that deletes the spoken lead-in and starts, instead, with the familiar instrumental saxophone solo and line, “Diamond life, lover boy.”

Later in the song, Sade uses a precious-metal metaphor: “A license to love, insurance to hold. Melts all your memories, change into gold.”

As the second single from Sade's debut studio album, Diamond Life, “Smooth Operator” became her biggest U.S. hit, topping out at #5 on the Billboard Hot 100 chart and #1 on the Billboard US Adult Contemporary chart. It was also an international sensation, charting in 14 countries. Diamond Life would go on to sell more than 10 million copies worldwide, making it one of the best-selling albums of the 1980s.

Born in Ibadan, Nigeria, Sade moved to Essex, England, to live with her grandmother after her parents separated when she was four years old. She took a three-year course in fashion design at London's Saint Martin's School of Art and modeled briefly before joining a band called Pride as a backup singer.

Within a short time, she was offered the opportunity to perform her song, "Smooth Operator," which attracted the attention of record companies. She formed her own band called Sade and, in 1983, scored a recording contract with Epic Records. Just one year later, she would become an international sensation with the release of Diamond Life.

The 62-year-old singer-songwriter is one of the most successful female solo artists in British history, having sold more than 110 million albums worldwide. In 1986, Sade earned a Grammy Award for Best New Artist. In 2012, she took the 30th spot on VH1’s list of the 100 Greatest Women in Music.

Please check out the video of Sade's live performance of “Smooth Operator.” (Yes, it’s the preferred long version). The lyrics are below if you’d like to sing along.

He's laughing with another girl
And playing with another heart
Placing high stakes, making hearts ache
He's loved in seven languages
Jewel box life, diamond nights and ruby lights, high in the sky
Heaven help him, when he falls

Coast to coast, LA to Chicago, western male
Across the north and south, to Key Largo, love for sale

Face to face, each classic case
We shadow box and double cross
Yet need the chase

A license to love, insurance to hold
Melts all your memories and change into gold
His eyes are like angels but his heart is cold

Coast to coast, LA to Chicago, western male
Across the north and south, to Key Largo, love for sale