We were there when the largest rough diamond ever mined in North America — the “552” — made its final public appearance at Phillips auction house in New York City in February of 2019. Next Tuesday, the 204-carat Fancy Intense Yellow diamond cut from that 552-carat rough will be auctioned at Christie's New York. It carries a pre-sale high estimate of $5.5 million. 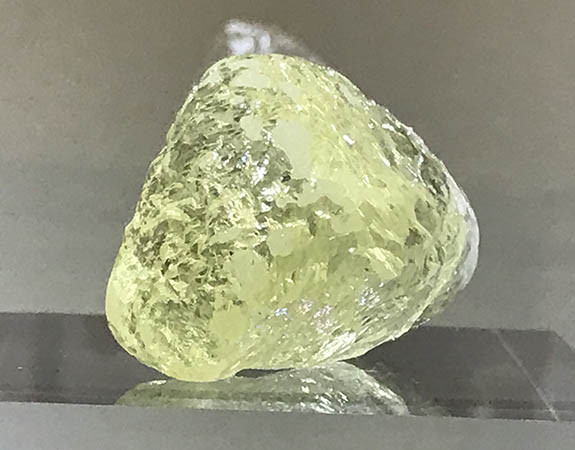 At first glance, the “552” was unlike any diamond we've ever seen. It exhibited a frosty surface and distinctive bi-color transition from intense yellow to nearly white. The egg-sized gem seemed surreal in its glass case at the street-level exhibit hall of the auction house on Park Avenue and 57th. Giant vertical banners in the Phillips windows delivered a bold and simple message, “Think Big — 552 Carats.” 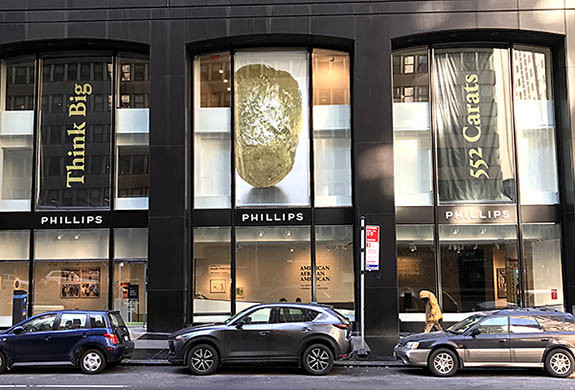 The spectacular diamond had been unearthed at the Diavik mine in Canada’s Northwest Territories back in October of 2018, and Phillips’ executives pitched Dominion Diamond Mines with the idea of putting the diamond on display in The Big Apple before it went through the cutting process. 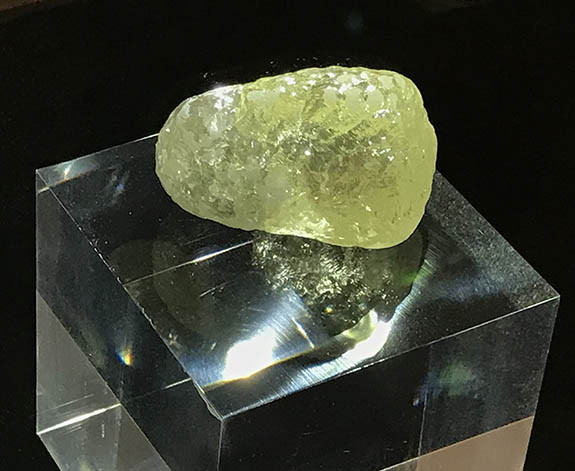 Dominion Diamond Mines Director of Marketing Rachel Aaron told us that there were two likely outcomes for the “552.” In scenario one, the rough diamond would yield a primary faceted stone of 150 to 200 carats, as well as a number of satellite faceted diamonds. In scenario two, cutters would opt for a pair of primary diamonds in the 70- to-100-carat range, plus the satellite stones. The pair of smaller diamonds, she said, would be more wearable.

On June 8, just a few blocks from the Phillips auction house, the faceted version of the “552” will hit the auction block at Christie's headquarters in Rockefeller Center. 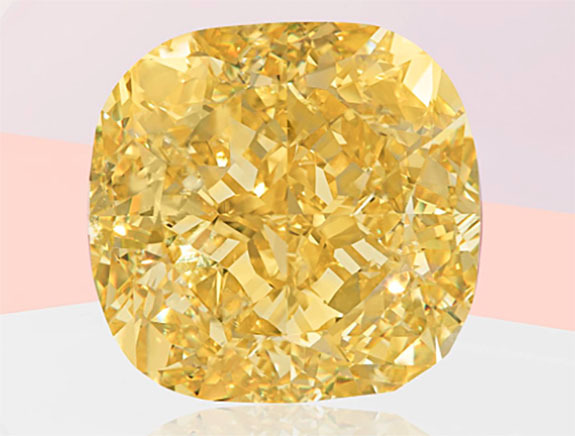 It turns out that Dominion opted for scenario one. The primary faceted stone is called “The Dancing Sun.” The cushion modified brilliant-cut gem boasts a clarity grade of VVS2, as well as excellent polish and symmetry. Christie's is estimating that the gem will fetch between $3.5 million and $5.5 million.

The gem’s yellow color was an anomaly at the Diavik mine. Diamonds from the mine typically rate in the D, E and F color range (colorless to near colorless).

Christie's is also offering six satellite diamonds that were cut from the “552.” Set in platinum rings, the pear brilliant-cut diamonds range in size from 1.06 carats to 14.53 carats and seemed to have been cut from the white portion of the large rough stone. The largest of the satellite stones has a color range of Y to Z and carries a high estimate of $150,000. The others range from J to V, with high estimates starting at $3,000 and going up to $70,000.

Credits: Phillips exhibition images by The Jeweler Blog. Images of "The Dancing Sun" courtesy of Christie's. Screen capture of the satellite diamonds via christies.com.