“The Sakura Diamond,” a 15.81-carat gem that takes its name from the Japanese word for cherry blossom, set two records at Christie’s Magnificent Jewels sale in Hong Kong on Sunday. The flawless, rectangular mixed-cut stone became the largest fancy vivid purple-pink diamond ever to appear at auction, and then went on to achieve a record price of $29.3 million, or $1.85 million per carat. 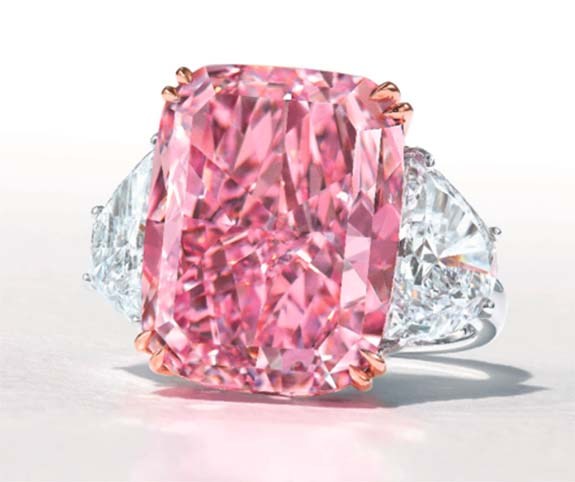 Christie's had estimated that "The Sakura Diamond" would fetch between $25 million and $38 million.

The previous record for a diamond of that color had been held by “The Spirit of the Rose,” a 14.83-carat stone that was sold for $26.6 million at Sotheby's Geneva in November of 2020.

Auctioneer Elaine Kwok opened the bidding for Christie's top lot at HK$170 million ($22.5 million). Two telephone bidders escalated the price in increments of HK$5 million. After five bids, Kwok threw down the hammer at HK$195 million ($25.1). With fees, the final price was $29.3 million. 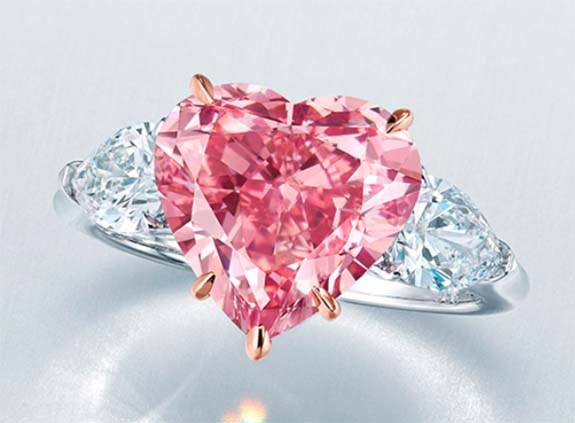 Prices have been very strong for fine pink diamonds since Australia's depleted Argyle mine was shuttered in 2020. For 37 years, that mine had been the world’s only consistent source of rare pink diamonds, accounting for more than 90% of the supply.

According to Christie’s, the extreme rarity of the pink diamonds appearing at the Hong Kong auction had been amplified by the fact that fewer than 10% of pink diamonds weigh more than 1/5 of a carat. What’s more, only 4% of pink diamonds possess a color deep enough to qualify as “Fancy Vivid,” according to the Gemological Institute of America. Pink diamonds fall under the rare Type IIa category of diamonds, which make up less than 2% of all gem diamonds.

The 59.6-carat, flawless, fancy vivid pink diamond called "The Pink Star" still holds the record for the highest price paid at auction for a pink diamond. That stone fetched $71.2 million at Sotheby's Hong Kong in 2017. It was purchased by Hong Kong luxury jeweler Chow Tai Fook and renamed "CTF Pink Star." Not only did it set a record in the pink category, but also shattered the world record for the highest price ever paid for any gem at auction.