Completely redesigned and reinstalled, the 11,000-square-foot Mignone Halls of Gems and Minerals at the American Museum of Natural History in New York City are set to reopen on June 12. 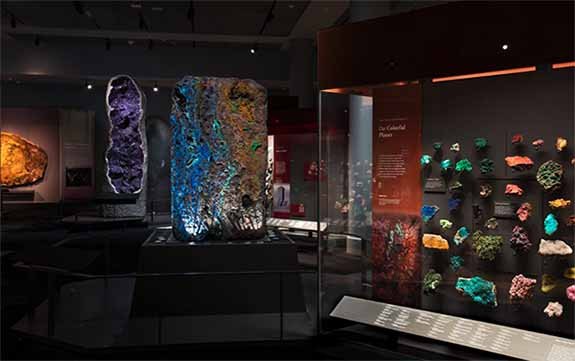 The new Halls will feature more than 5,000 specimens sourced from 95 countries. Among the most notable specimens are the legendary 563-carat Star of India sapphire, the 632-carat Patricia Emerald and the 9-pound almandine Subway Garnet that had been discovered under Manhattan’s 35th Street in 1885. 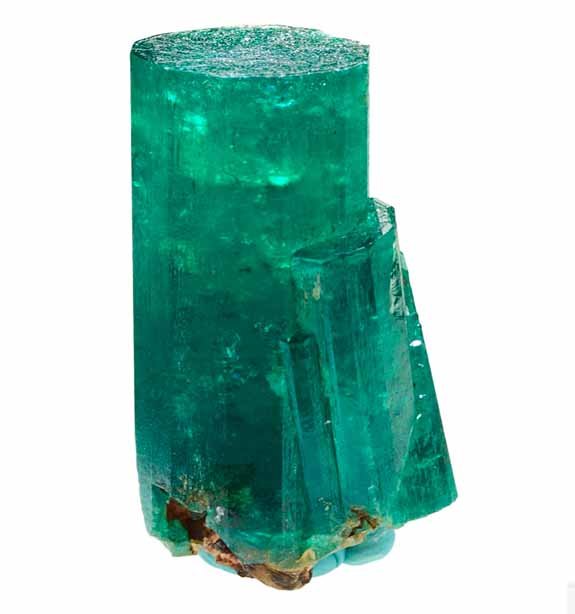 “When you enter the Halls, you truly feel as if you’ve walked into the world’s jewelry box,” said museum benefactor and volunteer Allison Mignone. “These Halls, and others in the museum, take science off the page of textbooks and into the real-life experience of countless families and students.” 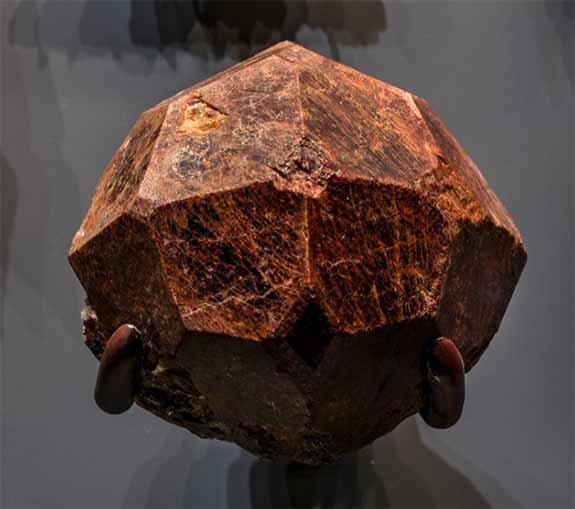 Ellen V. Futter, President of the American Museum of Natural History, noted that the reopening of the beloved spaces signal the renewal of  New York City’s cultural life after more than a year of closings due to COVID-19.

“New Yorkers and visitors have long embraced these Halls as one of the City’s treasures,” she said. “Now, with this complete redesign made possible by Allison and Roberto Mignone, the Halls are more spectacular than ever and an even greater resource for learning about the processes that shape our changing planet and make it so endlessly fascinating.”

Top exhibits include the following:

- A pair of towering, sparkling amethyst geodes that are among the world’s largest on display;
- The DeLong Star Ruby, a 100.3-carat ruby from Myanmar;
- The Brazilian Princess topaz, a 221-facet, 9.5-pound pale-blue topaz that was once known as the largest cut gem in the world;
- The Tarugo, a 3-foot-tall cranberry-colored elbaite tourmaline that is one of the largest intact mineral crystal clusters ever found;
- The Singing Stone, a massive block of vibrant blue azurite and green malachite from Arizona, first exhibited at the 1893 World’s Columbian Exposition in Chicago;
- A wall-sized panel of fluorescent rock that glows in shades of orange and green, sourced from Sterling Hill in New Jersey.
- A spectacular piece of yellow fluorite discovered in the Moscona Mine in the Austurias region of northwest Spain, which grew as hot water dissolved layers of limestone, replacing them with the cubic crystals coated with glistening pyrite.

Organized by Curator George E. Harlow of the Museum’s Division of Physical Sciences, the Halls’ redesigned exhibits tell the fascinating story of how the vast diversity of mineral types arose on Earth, how scientists classify minerals and study them, and how humans have used them throughout the millennia for personal adornment, tools and technology.

“When I started at the Museum, there were probably 2,000 minerals described, and now there are more than 5,500 minerals,” said Harlow. “The enhanced Halls will present up-to-date science, which has progressed significantly. I look forward to seeing visitors delight in remarkable gems and mineral specimens from across the globe and our own backyard, like those in the Minerals of New York display featuring specimens from all five boroughs.”

Admission tickets are available at amnh.org. In order to safely manage capacity while allowing visitors to experience the new Allison and Roberto Mignone Halls of Gems and Minerals, the museum will use a virtual queueing system to allow visitors to reserve time in the gallery while maintaining physical distance from other groups of visitors.