The finest known 1822 Half Eagle gold coin set a new world record when an anonymous bidder snatched it up at a Las Vegas auction last Thursday for $8.4 million. 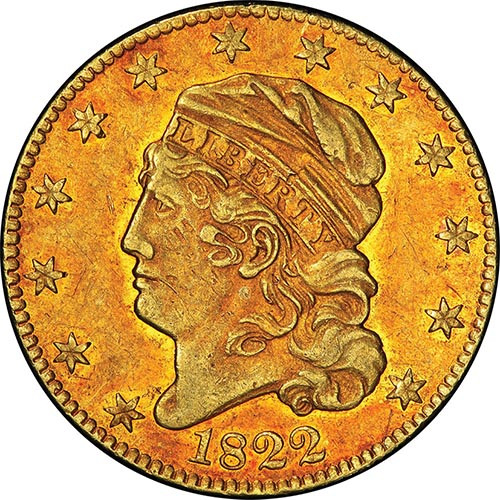 Exactly 17,796 of these $5 coins were minted, but only three specimens are known to have survived. The record holder is the only one owned by a private individual. The other two are permanent residents of the National Numismatic Collection in the Smithsonian Institution. 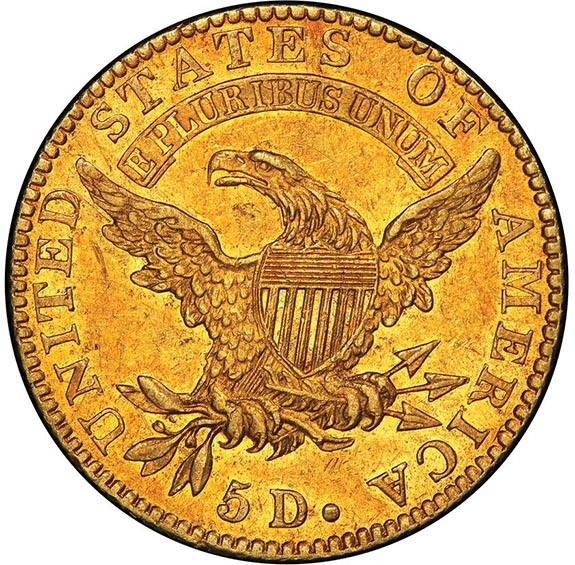 The privately owned specimen was first acquired by Virgil Brand in 1899 and remained in his vast collection until it was sold by his heirs in 1945.

At that time, it entered the unparalleled collection of Louis E. Eliasberg, Sr., who had the distinction of successfully assembling a complete set of every U.S. coin ever minted.

When the gold coins from the Eliasberg Collection were auctioned in 1982, the successful buyer was the young D. Brent Pogue in the early stages of building what would become the most valuable numismatic collection in history, according to Stack's Bowers Galleries.

Pogue's collection would eventually fetch more than $140 million in a series of sales by Stack's Bowers Galleries from 2015 through 2021.

The newest owner of the 1822 Half Eagle has chosen to remain anonymous.

While the 1822 Half Eagle earned the distinction of being the most expensive GOLD coin ever minted by the U.S, two other coins have sold for more. The 1794 Flowing Hair Silver Dollar — the first dollar coin issued by the United States federal government — realized more than $10 million at an auction at Stack’s Bowers Galleries in January 2013.

The 1787 Brasher Doubloon — a gold coin minted privately by goldsmith and silversmith Ephraim Brasher — earned $9.36 million at Heritage Auctions this past January.

Interestingly, barrons.com reader Stephen Donnelly did the math to determine the compound return for a $5 coin that would eventually sell for $8.4 million. He concluded that the $5 coin returned 7.5% annually over 199 years.