On April 13, Christie’s Magnificent Jewels sale in New York will showcase “The Perfect Palette,” a vibrant trio of colored diamonds that will be sold separately at the auction house's Rockefeller Plaza headquarters. 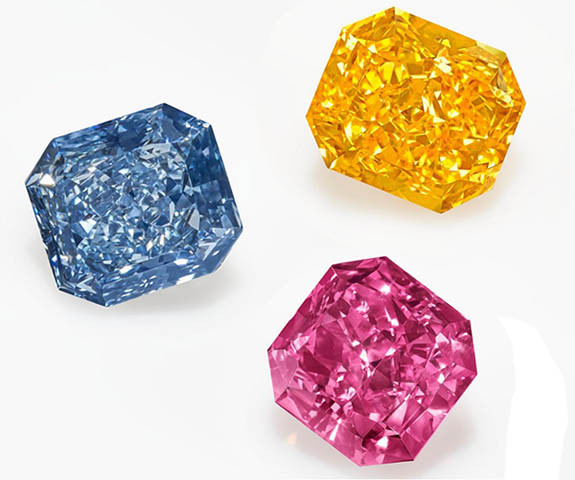 The most anticipated lot among the three is a 2.13-carat fancy vivid blue diamond that's expected to sell for $2 million to $3 million. The cut-cornered rectangular modified brilliant-cut diamond boasts a clarity rating of VS1.

The second headliner is a cut-cornered rectangular modified brilliant-cut fancy vivid orange diamond that weighs in at 2.34 carats and has a clarity grade of VS1. This gem is expected to fetch between $1.5 million and $2.5 million.

While fancy colored diamonds will be taking center stage on April 13, white diamonds will surely draw a lot of attention, as well. 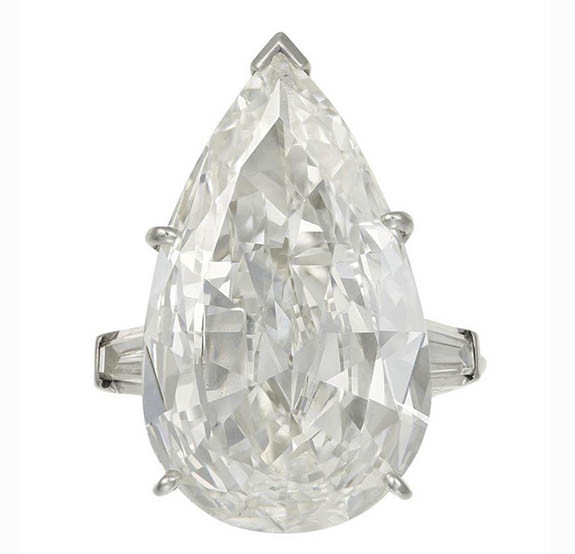 First up is a 38.04-carat pear-shaped, brilliant-cut, D-color, flawless, Type IIa colorless diamond with an estimate of $2.5 million to $3.5 million. 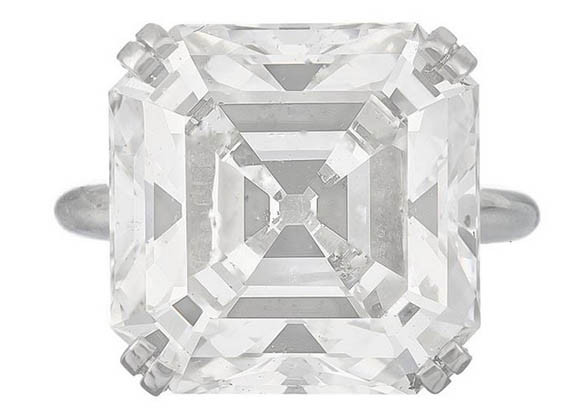 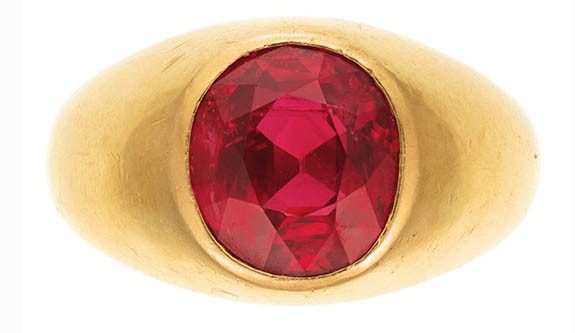 Other important colored gemstones in the sale include an oval mixed-cut Burmese ruby ring by F.J. Cooper. The piece is expected to sell for $1.2 million to $2.2 million.