The Maryland Zoo has given gemstone names to the first four chicks from this year's breeding class of endangered African penguins. On its Twitter page, zoo officials explained that the adorable hatchlings are being named for gems because they are also precious and rare. 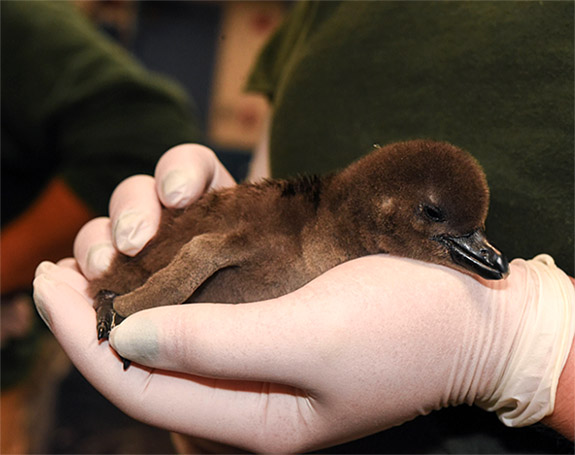 The zoo posted to its Twitter page individual graphics to represent each chick. Their names are Diamond, Pearl, Onyx and Topaz. Each graphic panel included a photo of the new arrival, gemstone icons representing each name and a "rare penguin fact." The post was punctuated with a blue diamond emoji. 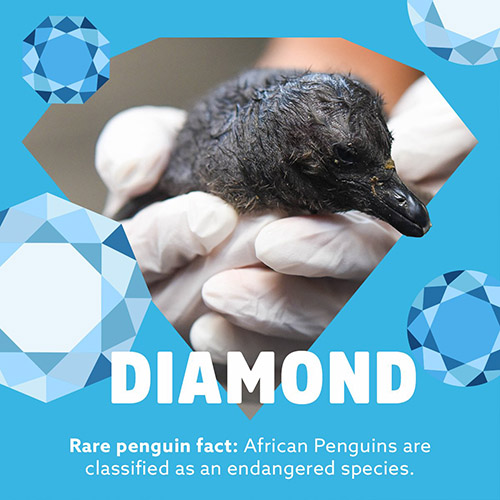 In a 30-second video, also posted on Twitter, zoo officials showed how adult penguin "ambassadors" helped choose a name for the first chick of this season. The four names were printed on round, cardboard medallions and hung in front of the adult birds. "Diamond" became the first name when one of the adults marched directly to that medallion and pecked at it aggressively. 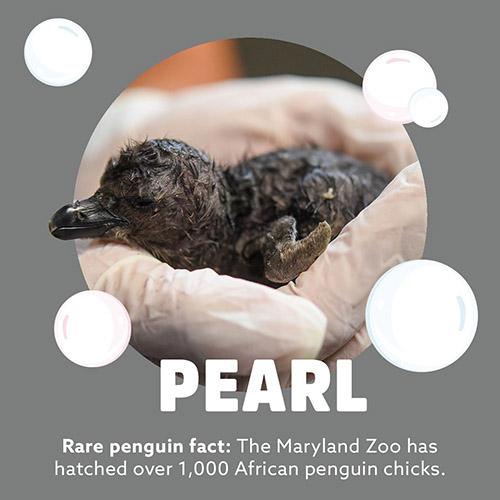 A week earlier, the zoo began a Twitter post with the pun, "Chick this out." That post introduced the world to the newest members of this year's breeding class, but didn't hint that their names would be gem-related. Check out the zoo's fun Twitter page here… 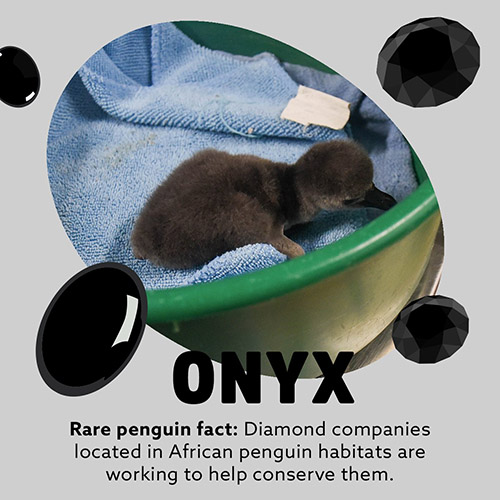 The Maryland Zoo's "gem" babies are bringing well deserved attention to its unique breeding program. Since 1967, more than 1,000 African penguins have hatched at the Zoo, which boasts the largest colony of African penguins in North America. The exhibit is called "Penguin Coast." 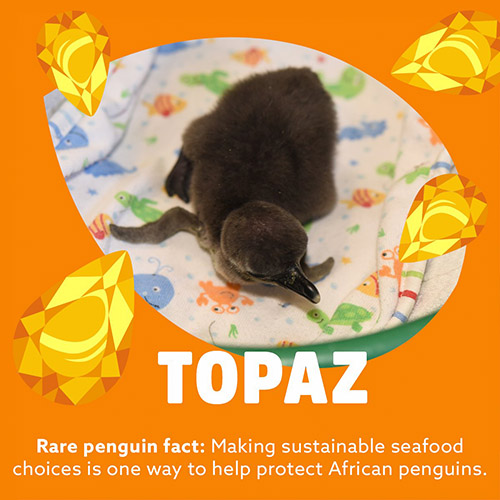 According to the zoo's website, the African penguin is an endangered species whose population has declined by 90% since the turn of the 20th century. The current wild population is estimated at about 52,000 birds.

The zoo's breeding program begins in mid-September and runs until the end of February, mimicking the temperatures of the fall breeding season for these endangered birds in their native South Africa. Penguin chicks will hatch 38 to 42 days after the eggs are laid.

The hatchlings are covered in dark gray downy feathers. At about three months old, they reach their adult weight of about six pounds. At the same time, their fluffy gray down is replaced by the more familiar black-and-white waterproof feathers.

The babies are not viewable to the public, but the juvenile and adult penguins can be seen at Penguin Coast. Until February 28, The Maryland Zoo's admission fee is discounted at $15 per person (free to children under 2). Timed tickets are reserved online, as the number of guests is limited to support social distancing initiatives. The zoo is currently operating four days per week, Friday through Monday. On March 1, the schedule changes to seven days per week.