For the second time in 12 months, an Eastern Long Island man has found a super-rare purple natural pearl inside a locally harvested quahog clam. 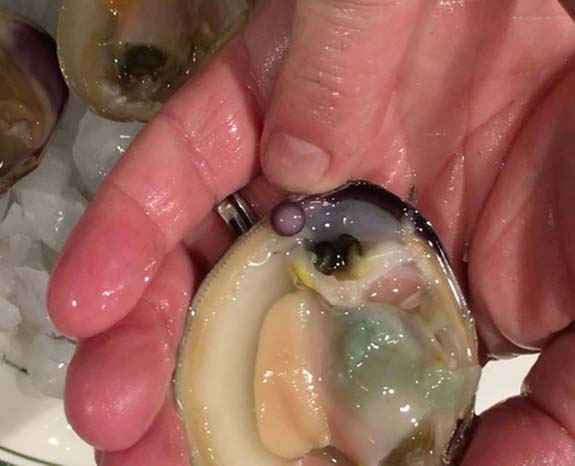 In light of the sad news gripping Long Island due to the coronavirus, Springs resident Alex Miller was apprehensive, at first, to broadcast his good fortune on social media, but then decided to share some photos under the headline: "Reasons to be Cheerful: Good old-fashioned LUCK."

In an interview with The East Hampton Star, Miller said, "To have that happen again, at a time when we're all going through these different emotions of separation, as well as the anxiety, and food resources, and the virus — I'm almost embarrassed to admit that I had this weird second stroke of serendipitous luck." 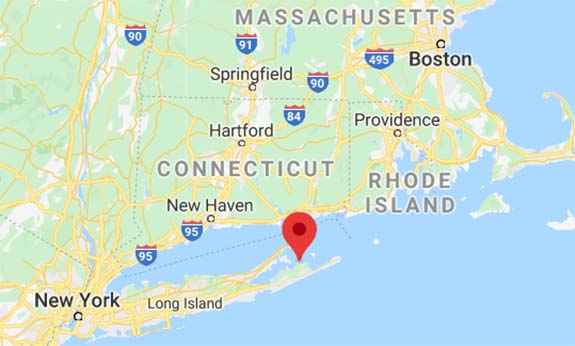 Miller told the publication that he hadn't gone clamming since last summer, but decided to finally get out of the house after an extended period of self-isolation. He raked up 32 keepers in Three Mile Harbor and brought them home to be shucked.

"The eighth or ninth one that I opened up, there it was, sitting on the lip, this tiny pearl," he told the Star. "I can't really describe my reaction because the last couple of weeks have been sort of numbing." 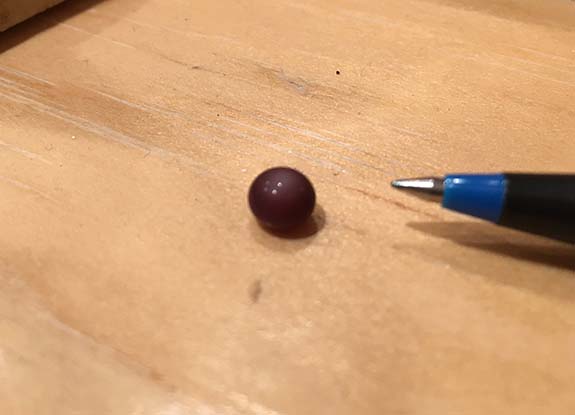 He described the perfectly round pearl as the size of a frozen pea.

In May of 2019, Miller had purchased a dozen quahog clams at Stuart's Seafood Market in nearby Amagansett. The 11th shucked clam contained a round purple pearl the size of a garbanzo bean — about three times larger than the most recent discovery.

“It is amazing. It’s pretty rare for any of our shellfish to produce pearls, let alone ones that are relatively round — then add to that it’s a wampum purple,” Barley Dunne, the director of the East Hampton Town Shellfish Hatchery, told the Star in 2019.

(Wampum is a traditional bead — usually white or purple — crafted by the Eastern Woodlands tribes of American Indians from the shell of the quahog clam.)

Dunne explained that for the pearl to be purple, it had to be coated with the portion of the clam’s nacre that was purple.

Natural pearls are organic gems, created by a mollusk totally by chance, without human intervention. When a foreign irritant gets into the mollusk’s shell, the bivalve secretes layer upon layer of nacre to protect itself. Over time, the layering of iridescent nacre produces a pearl.

Cultured pearls, by comparison, are grown under controlled conditions, where a bead is implanted in the body of the mollusk to stimulate the secretion of nacre.

Miller told the Star that he's not really interested in selling his set of natural purple pearls.

"The money doesn't really interest me as much as the curiosity of how rare it is," Miller told the publication. "All of my friends are urging me — and I see the glint in my wife's eye — 'Now that you have two it might make a nice setting.'"